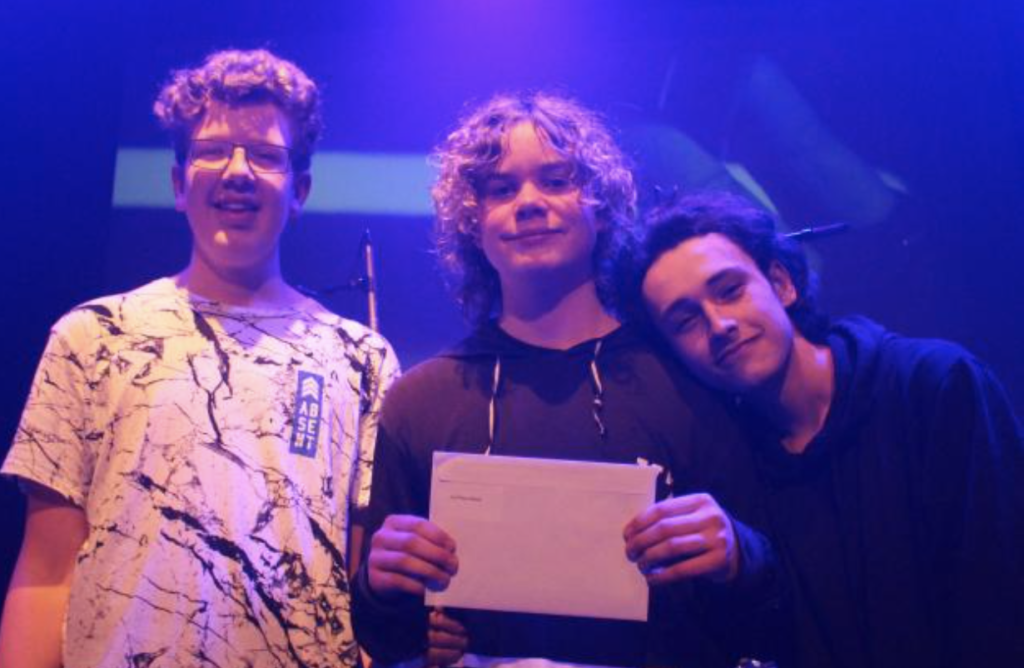 we will update how they get on coming up soon…..﻿

Haven, made up of Ryan Connaghan (14), Harrison Maguire (14) and Jack Wilson (15) won the Central Otago regional final of Smokefreerockquest at the Queenstown Memorial Hall on Saturday.

”It was a huge surprise.”

Their attitude going into Saturday’s final was ”we just wanted to play hard, really”, he said.

That was after a lot of hard work – practising every day since May in the school’s music rooms.

”On Monday, we’re still going to be back in the band room because it’s fun. That’s what it’s all about,” Ryan said.

Each will make a 15-minute video of their best original material, to be judged by a music industry panel.

Smokefreerockquest founder and director Pete Rainey said the process ”not only demands musical ability and creativity, they also learn to work together as a group and to develop the organisation and promotional skills they’ll need if they’re going to make it on the Kiwi music scene”.

Only six bands and two solo/duos, from about 70 regional finalists, make September’s national final in Auckland.

Ryan said it would be a really tough competition – ”our region’s one thing but the rest of our country, wow”.

Over its 28 years, Smokefreerockquest counts Broods, Kimbra, Opshop and Brooke Fraser among its musical successes.

For their regional success, Haven and Cheery Moon – the latter made up of Hannah Coombe, Becky Reid and Zak Komene (all on vocals, guitar) – won musical gear from NZ Rockshops and their suppliers.

Haven, which counts Nirvana and Smashing Pumpkins as influences, has been playing together for about a year.

They whittled down to three from the original five-member line-up.